Once upon a time, long long ago (a year ago), there were several independent workers working independently alone.

Until one day Angel brought a few together to work independently together. A few grew to many and a Fort Collins coworking community was born!

A year later (last Tuesday),  to celebrate this community, there was a party at a magical land called Funkwerks. 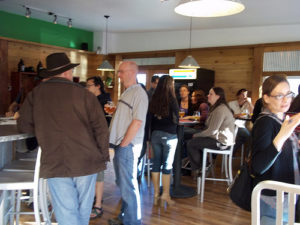 Community in the tasting room at Funkwerks

Some coworkers came by bike, some by car, some by smart car.  Many were hoping to come by unicorn, but it was simply too windy.

Coherants brought their significant others to indulge in mouthwatering beers and tasty pizza from the Pizza Casbah pizza cart. 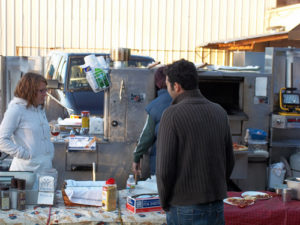 Lite Brites and Silly Putty decorated the tables of the back barrel room of Funkwerks, where there was also 80s Pop music playing and cupcakes (and truth or dare fortune cookies!) ready for the eating. 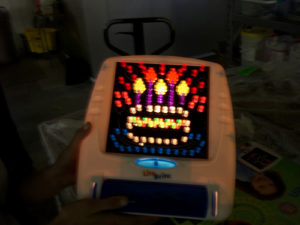 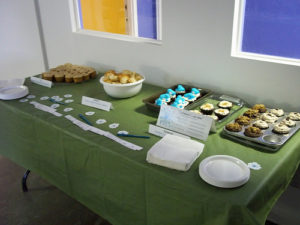 There were quizzes to test the knowledge of the beginnings of Cohere and some habits of Coherants. This was perhaps more competitive than expected. Members (ahem, Skippy) tried to bribe me for the answers, but to no avail. Not because I’m against bribing, but because I only accepts bribes in the form of sandwiches.

I thought about helping a few people out so there would be a tie, (the tie-breaker was a foot race in the parking lot)… but I got distracted by lite brites.  And so, Beth B was the fair and square quiz champion!

The royal ball drew to a close around 8 as Angel gave a speech to the community and mentioned some of the future plans for Cohere and the room was filled with laughter and cheer! 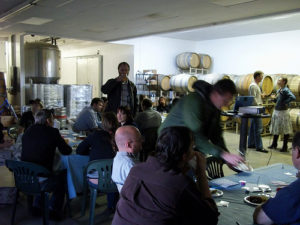 So to sum up this fairy tale, we had: beer, pizza, lite brites, silly putty, 80s pop, cupcakes, a bunch of whiz bang community members, bribing for quiz answers, and hopes of unicorns! I think this captured the essence of Cohere pretty well.

P.S. I was promoted from “intern” to “Intern” and received my huge capital dry-wall “I” (which I wear every day). 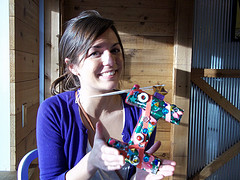