Cohere Coworking: Back to the Future

When I started a coworking space in Fort Collins eight years ago, I wasn’t even thinking five years ahead. At best, I was thinking one year ahead because that’s how long the cash flow template went that I borrowed from another space. So much of those early days at Cohere were nail-biters–wondering if we’d make it. Would anyone show up? Would anyone join? Did I just waste $20,000?!

I’m proud to say that Cohere has not only scraped its way into year eight but lo, we are THRIVING. What started as a 1,000 square foot mini-coworking space in 2010 is going to be 3,000 square feet starting May 1.

We’re taking our 1964 building and removing whatever happened to it in the 80’s and letting its full mid-century features take the forefront. If you want to get a sense for what the building is and should be, check my pinterest board for “midcentury look.” One of the building’s best features is that it has one of maybe two “butterfly style” roofs in Fort Collins. The Butterfly Cafe is the other. They don’t really make butterfly roofs anymore. Probably due to expense and because modern day design in the Fort is the enemy of unique.

We’re headed into a remodel from April 30-May 6 and while most of my days are consumed with what I’m calling my “existential carpet color crisis,” I’m also filled with appreciation for all the people that made Cohere…well, cohere. I’m also super thankful that I took a leap and hired an interior designer. Check out Maggie with LOV-Design. She’s responsible for the following MAGIC of what Cohere will look like. I’m still in charge of the other magic that is putting people in this space and helping them connect and thrive.

Important dates: Cohere will be closed for construction from April 30-May 6 and we’ll be back open for “business as awesome” on Monday, May 7.

This expansion is more than just about the space. We’ve been bordering on full for several months so the remodel will allow us to add 15-20 members, which feels great. If you’ve been languishing in your home office, come give us a gander either now or post-remodel and we’ll rescue you from your chip addiction brought on by working from home and having unfettered access to your pantry. 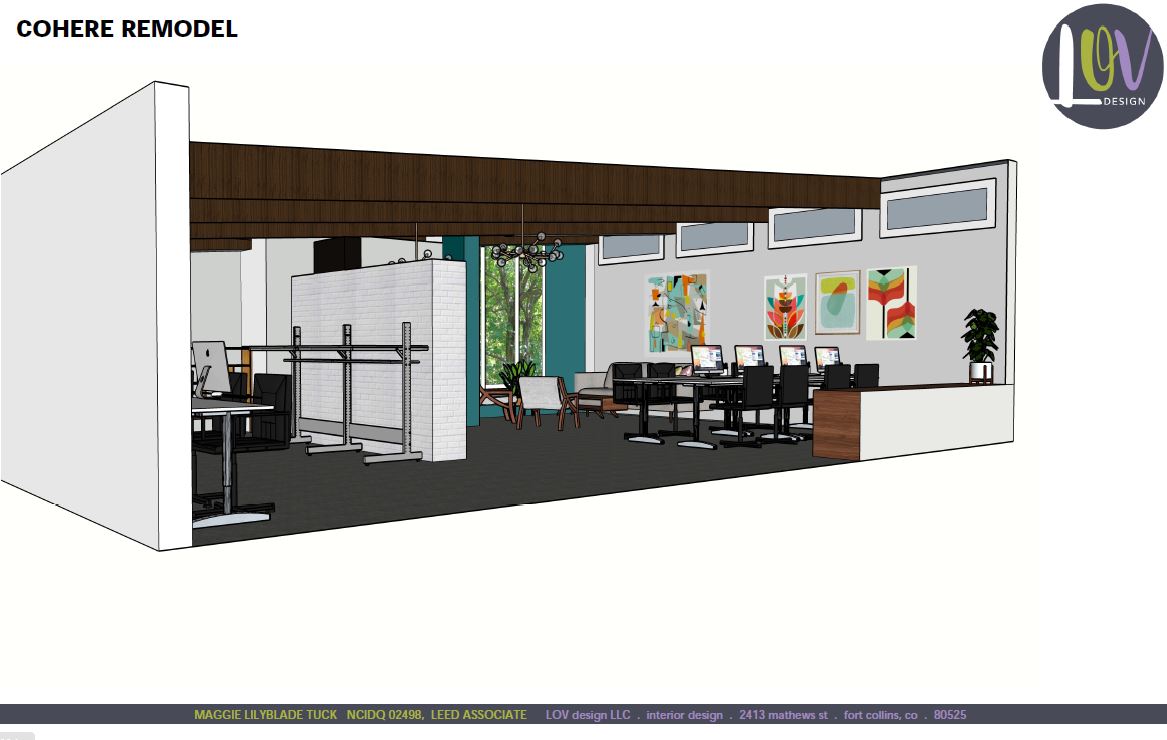 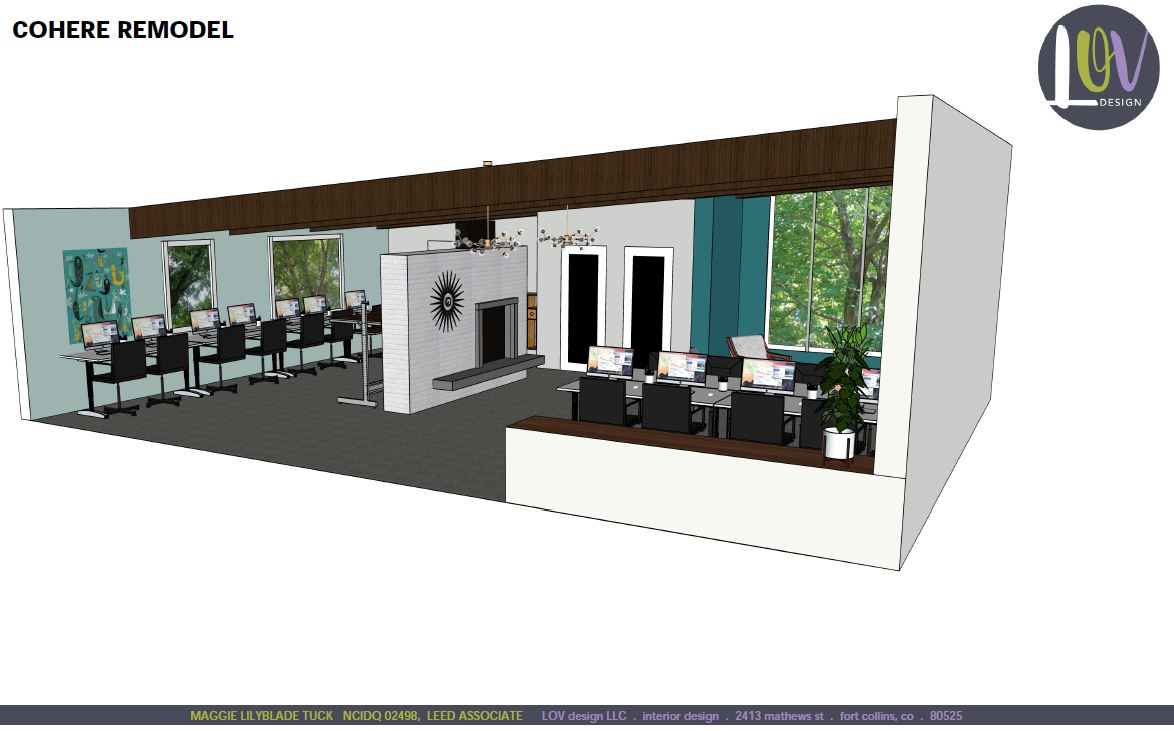 The highlight reel of the Cohere coworking remodel is: adding more standing desks, adding a third phone room, reconfiguring the kitchen to be more intuitive and adding soft seating on the coworking level.