Coworking nobody Cohere thinks it can save everyone quicker than Mr. Rogers.

The established coworking company has told its one part-time staff and 80 members that they will no longer be able to access screens for work or pleasure as part of their coworking memberships. In a scrawled whiteboard memo, Founder Angel Kwiatkowski said the company’s upcoming classes and workshops would be “caveperson-esque” requiring a mix of pantomime and writing instead of a digital presentation.

“New research indicates that avoiding screens is one of the biggest things an individual can do to stave off obesity, anxiety, depression and basically any non-genetic mental illness in the DSM-5”, Kwiatkowski mused while coming out of the restroom last Wednesday, “even more than yoga.”

“EVEN MORE THAN YOGA.” 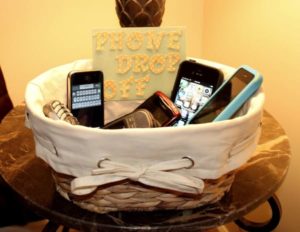 Image credit: Sarah with an H

The company couldn’t find any moral, religious or medical reasons why someone would HAVE to use a screen to go about their daily lives so “this is basically a home-run decision for everyone involved with Cohere for work,” stated janitorial staff Angel Kwiatkowski.

Although the anti-screen stance is a significant shift for the company, they are far from the first coworking space to do something kooky to grab some press on an otherwise slow Thursday. Wework recently announced plans to ban meat at events and functions and a small space in Indiana has given little information on their decision to ban headphone cords saying only, “we can’t even when it comes to untangling these so we are doing away with them!”

“In fact, we’re really looking forward to removing all our phone rooms, conference rooms, outlets and are questioning whether the wifi is even needed at this exciting junction in our evolution.”

The decision has other implications besides the crushing amount of work stagnation expected for both freelance and remote workers who pay to have access to a productive work space and community. The company will no longer hold events in restaurants or bars that have screens. “We just can’t afford that kind of contamination to our lifestyle,” said community manager Angel Kwiatkowski, “no matter the inconvenience. In fact, we’re really looking forward to removing all our phone rooms, conference rooms, outlets and are questioning whether the wifi is even needed at this exciting junction in our evolution.”