Coworking and Suicide: What the Spirograph Can Teach Us About Community

There are a thousand resources to learn how to be a community manager in a coworking space. But in all my six years of learning I never came across the chapter entitled, “How to handle the suicide of a member.” So I’ll write that chapter now and tell you how I was only able to put words to my feelings by using a Spirograph.

The Spirograph can teach us a lot about coworking, community, interaction and how we all weave an invisible net under people.

But first, let me tell you about Bill.

For the purposes of family privacy, I’ll name our member Bill. Bill came to Cohere in early 2014 to work on his freelance software project while attending school. He was always smiling, quick to chat and super excited about Cohere’s Pinball party. We all shared tacos at La Luz with Bill last May 24th. It was a really good night.

Bill stopped coming to Cohere and then in October emailed me to let me know he’d be cancelling b/c he had another office in town that required his presence more often. That’s a pretty typical scenario and set off exactly ZERO red flags for me. He told me he’d like to return in the spring. That would be now if he were still here.

My last email to him read, “Thanks for the note! It was good to see you the other night at ***. That’s neat that you have an office at ***! Congrats. I hope to see you in the summer.”

Earlier this week Bill’s wife messaged me to tell me that he had ended his long battle with depression in late January. I told her that he must have been in so much pain and was surprised that I didn’t notice. She told me that only two people in the world knew he was struggling. TWO people of the hundreds he interacted with over the past several years. Two. How could we not notice? How could we, as a community, have failed to spot the warning signs?

All I can say is that people with depression develop a helluva toolkit of coping mechanisms and mannerisms that defy their truth. It’s necessary. Society gets squeamish at the first hint of mental illness and it’s typically not a topic that will come up at the coffee pot, least of all at work.

So let’s remember Bill while we talk about the Spirograph. The Spirograph can teach us a lot about people, safety and coworking.

I borrowed this vintage set from Bryan and Maggie. Thanks, you two! 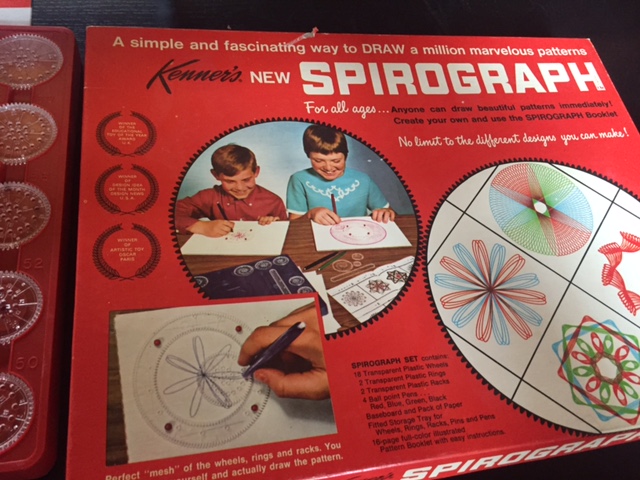 To use the Spirograph, you have to pin down the primary ring onto a piece of cardboard using 4 pushpins. In the world of coworking, this ring is your coworking space. It’s the physical space, the container that holds all the neat things that happen every day. We can put your communication software in this container too. Your slack channel, your Facebook group, your Cobot, your Group Buzzio. The four pins become the holy quadrangle of coworking space amenities: wifi, coffee, electricity and redundant wifi. Those four things anchor a community to one physical space. 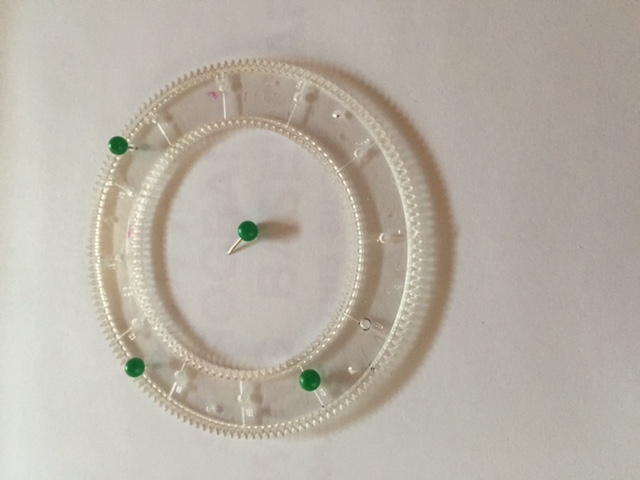 Next come the plethora of little gear doodads. Those are your members. Each gear is a type of member and each gear has between 5 and 33 holes. Each hole makes the gear do something different and each hole is an emotion or behavior.

Next you need some pens. Not only does each member become a gear but they also each get their own unique color. Cohere would need 55 colors today. One for each member.

As you begin to rotate the pen in a gear, you’ll find that it’s actually quite hard. There’s a fair amount of concentration required. Here’s my first attempt. Yikes. That’s a little like being a new community manager. You try really hard but still fuck up at first. It’s normal. 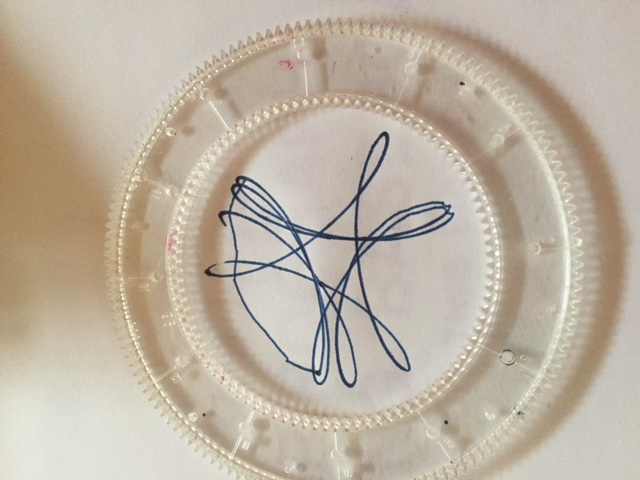 In my second attempt, everything becomes clear. With every color change, I change gears and holes and a unique pattern emerges. Each color and rotation of the gear makes loops that intersect with every other color that’s already there. Those intersections are the interactions between your members. See how many there are? Thousands, maybe even millions. 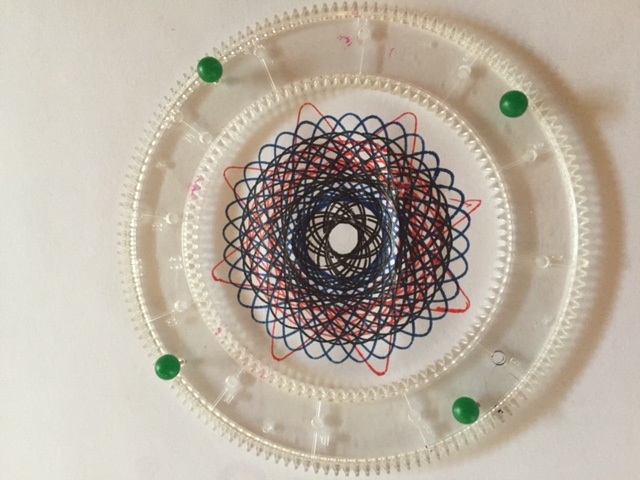 At each intersection, we would hope our members are truly seeing one another, listening and helping each other. After only 3 colors, you’ll see how utterly complex the design is. That’s the web of safety that communities are striving to weave under one another. That web is made up of high fives, hugs, sharing, listening and laughter.

Who knows if Cohere could have held him if he’d stayed at Cohere for an extra 2.5 months. We’ll never get the chance to find out. So my fervent plea to you, out there in the world today tackling your to-do list and worrying about what’s for dinner is to SEE your fellow members. Ask and listen and hug and laugh and BE THERE. Weave a tight web among yourselves that is unbreakable even by the worst depression. If you have depression, fucking SHARE that with your community no matter how terrible it seems and hopeless you feel. Find 3 people to put on speed dial for the darkest of times.

Since announcing the death of Bill, we’ve had members come forward to share their own struggles with depression. That shit matters because we can tighten the net for them. We’ve opened the door to this oh-so-hard conversation and now we can build interactions around that.

Coworking, like the Spirograph is complicated, “It is possible to move several pieces in relation to each other…, but this requires concentration or even additional assistance from other artists.” -Wikipedia

Even the Spirograph, a child’s toy, admits you might need help from a friend to do the hard stuff.

Today we remember Bill. Today we have a Spirograph out for anyone to try but it’s okay to ask for help. We’re here for you. And here’s the National Number to call if you’re in crisis right now. 1-800-273-TALK (8255)