Down & Dirty with the Cohere Members 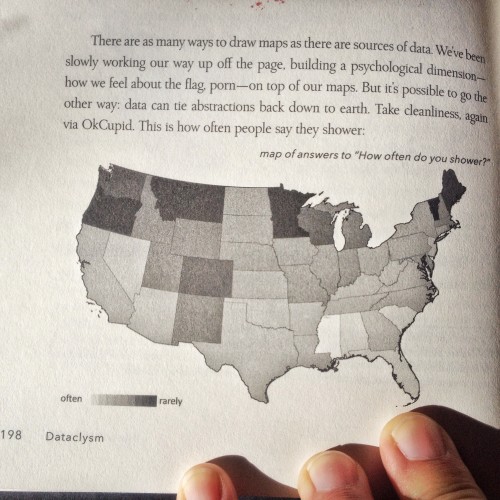 A conversation about a member’s broken shower and Christian Rudder’s book Dataclysm sparked a full on investigation of hygiene habits at Cohere and the creation of the Statistical Analysis Department (S.A.D) staffed entirely by people who dig data. Coherians were asked to plot their shower and deodorant/antiperspirant use on a scatter plot. In full disclosure, each respondent received a free donut for participating. The initial plot asked people how many days between showers and deodorant/antiperspirant use. During analysis the data was re-coded for ease of plotting to reflect use per week. The sampling resulted in 24 data points. 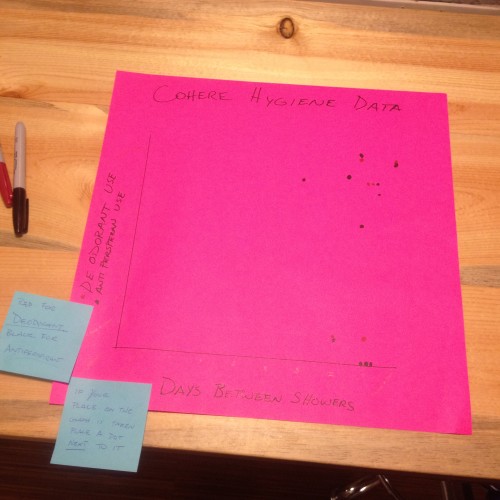 The most concrete conclusion we can draw from this data is that (58%) people at Cohere shower everyday (Cohere’s Mode-us Operandi if you will). Some take it a step further, 16% shower more than once a day. Four days between showers is as long as anyone will go without showering. 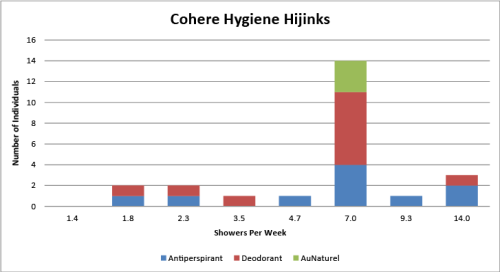 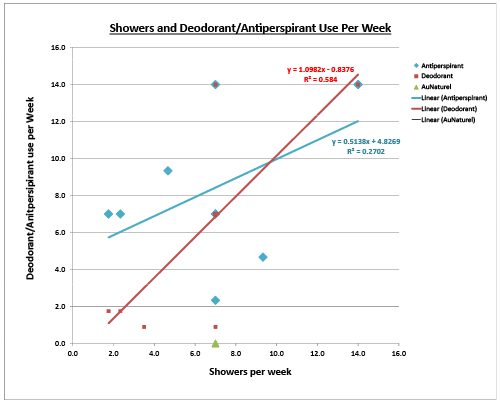 Regarding Deodorant/Antiperspirant use, Coherians are evenly split between the two options (42%,46% respectively). There is a smaller tribe of folks (13%) that abstain from either product and go Au Naturel. However, of the 13% that abstain from product, 100% of them shower daily. Deodorant use may be mildly correlated with shower use, possibly meaning people only apply it as often as they shower. Antiperspirant use is likely not correlated with showering, meaning some use it in lieu of showering or vice versa and others as use it as often as they shower.

Rachel Ridenour is a CSU College of Natural Resources Alumni and is currently a rangeland ecologist and wetland specialist with Cedar Creek Associates, a Colorado based private consulting firm specializing in mine reclamation. #distractinglysexy 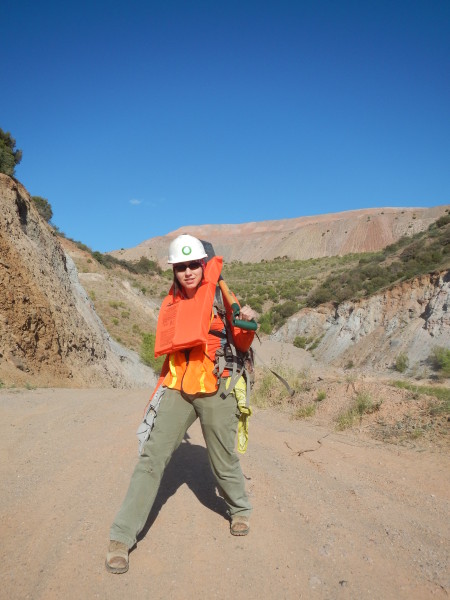