The delectable smell of Music City Hot Chicken and their signature stuffing waffles permeated the Cohere office as a parade of member-made side dishes made their way to the serving table.

Members chatted as the feast was arranged; most of them gathered where the food was being laid out, but some were gathered around the toaster oven instead, busily extinguishing a few small flames and sorting out the slightly singed green bean casserole.

Angel Kwiatkowski, the founder of Cohere Coworking, tried to give the event an old-fashioned Thanksgiving flair by playfully designating one member as the obligatory drunk relative, despite their complete lack of drunkenness, and nagging other members about their marriages or child-rearing statuses. This was not a traditional Thanksgiving get together, however, and all attempts to make it so were met with laughter and levity.

This was Friendsgiving at Cohere.

Friendsgiving is a newly minted holiday in which a group of friends gather together around a feast, often potluck style, to celebrate their friendship. It is most frequently observed the week or weekend before Thanksgiving, but it is occasionally celebrated the week after the national holiday as well.

Although nobody seems to know exactly when or where the term Friendsgiving originated, most sources agree that it first started popping up on the internet sometime around the year 2007. The new holiday was further popularized in 2011 when Friendsgiving played a central role in a Bailey’s Irish Cream advertising campaign. The unofficial holiday is fast becoming a new tradition, with all of the how-to articles, etiquette rules, and advertisements that are usually reserved for more established celebrations.

When the leaders of several coworking spaces in Fort Collins chose to form an alliance, dubbed fo(co)works, they selected Friendsgiving as their inaugural celebration. Just a few months before the fo(co)works website went live in January of 2017, coworking members from all of the participating spaces joined together to celebrate the new holiday, and to add their own spin to the festivities.

Not only would they honor the friends portion of Friendsgiving by gathering everyone together to feast and socialize, but they would also honor the giving portion, by taking donations for the Food Bank for Larimer County at the door. The event was a success, and so was repeated the next year, and the next.

This year, each of the coworking spaces held their own Friendsgiving celebration, and the donations gathered for each event were once again sent to help Larimer County families in need.

The atmosphere was warm and inviting as Coherians with plates full of food made their way down to the large conference room in the basement of the building. Snatches of conversation could be heard over the din as people connected, sharing stories of their lives, their work, and their passions.

The conversation lulled a little as plates were emptied and bellies filled, and Angel asked each of us to share something that made us feel grateful. The answers came quickly: homemade cranberry sauce, stuffing waffles, friends, family, and of course, a great coworking community! 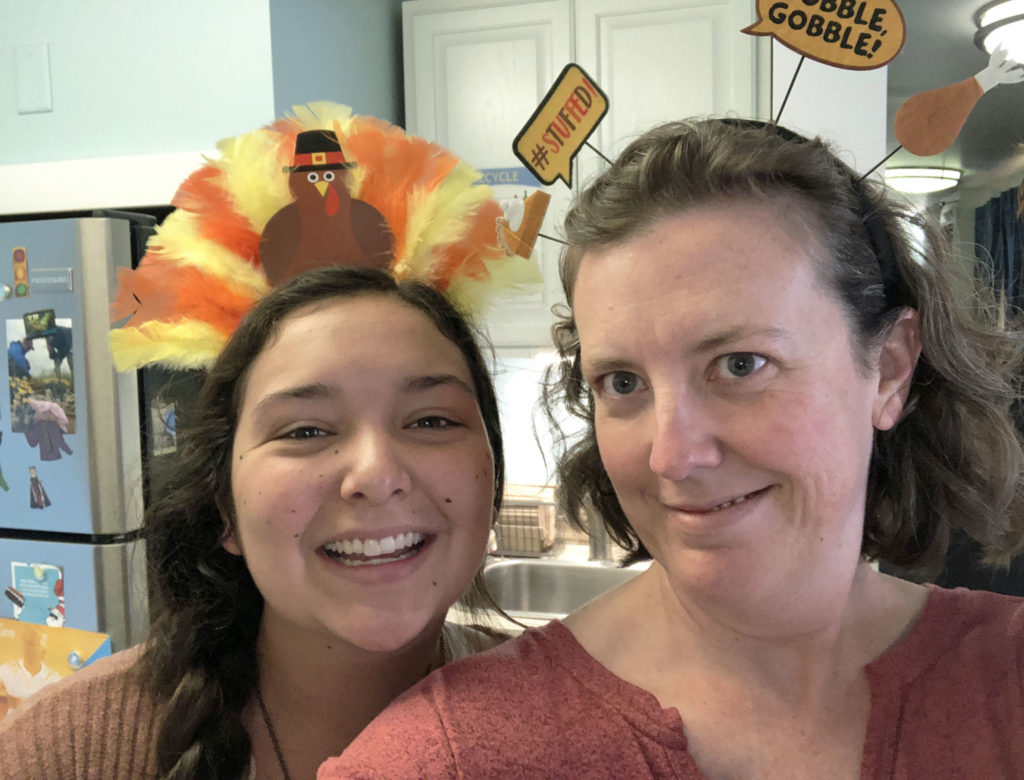 Make your own donation to the Food Bank for Larimer County!

And an extra triple thanks to our chicken sponsor who has provided us with hundreds of chicken tender donations over the past three years.

Would you like to be a part of the Cohere Community? Sign up for a tour, we’d love to show you around!