She’s one of the hardest working evangelists for the coworking movement and her mom makes bomb-a** cookies. You know her, probably like her and possibly love her. But now I know all her secrets and I’m dishing them out.

Actually, I learned some sweet stuff about the coworking movement and fun, mostly innocent things about Angel’s history and Cohere’s history. Here’s the skinny: 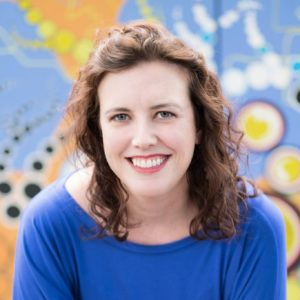 Is there a single thing that stands out as the most rewarding thing that you’ve experienced as a community cultivator?

Yes. Probably the most rewarding thing that happens is when two coworking members become friends and then for whatever reason they can’t be members anymore, but they remain really, really good friends. I think that was the most rewarding work that I do.

When did you first light upon the idea of starting a coworking space?

When I was volunteering at the Rocky Mountain Innovation Initiative, which is now the Innosphere, I was the assistant to the receptionist because I had asked the universe to give me the opportunity to be humble. I’d just been fired from a job in HR and she delivered. So my friends told me about the concept of coworking back in 2009 and I looked it up and I saw,

And so then we piloted the idea inside RMI Squared for five weeks until we ran out of space. We ran out of chairs and broke the Internet and they asked us to move along. 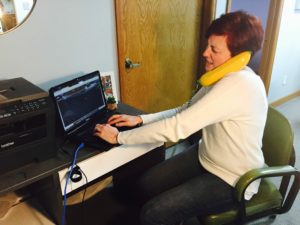 The frontier days of coworking.

How long did it take you to find this space?

Well we were in a different space for the first two years over on Jefferson Street. We outgrew it and had some less fun experiences with our landlord. I probably looked at a dozen or so spaces. What sold us on this one was the patio having outdoor space.

It’s so rare to have workspace with really nice, shaded outdoor space.

Did you get tired of watching videos of us eating in the kitchen? Because I noticed the camera got taken down.

I got tired of the camera. The camera was born of just so much rage at the dishes not getting done, but now it seems fixed. Maybe I’ll bring the camera out on a future date, but I took it away.

The early days: a retrospective

It didn’t feel super surprising while it was happening, but I wrote three of the first books about coworking in the world.

When I started Cohere, there were like two videos from Indy Hall in Philadelphia and I think the coworking Google group existed, but there wasn’t a ton of information on how to do coworking or what it was or what it could be. At least in the United States it had only started back in 2005. When I opened a coworking space in a place that wasn’t a huge metropolitan city it was a risk, but the recession had just happened and so a lot of people had been laid off and we’re trying freelance. It felt like Cohere hit at the exact right time when all these people were trying to figure out how to be freelancers and they sort of grew up together inside Cohere.

What’s a mistake that you made?

Cohere has been such an iterative entity for me. I mean what we were eight years ago, we are not that thing anymore. The pillar of community has stayed as sort of the central idea, but we’re so much bigger and so much more diverse. I’m so much better at being a community manager than I was eight years ago. But a mistake that we made? …

OK, this is one of my funniest memories:

We got really customized workstations built but the floor in our original building was super slanted, like by an inch or more. There were a couple of work stations where you would get your rolling chair and start to work and then you’d slowly roll away from your desk. So we joked about getting carabiners to clip in to those workstations.

They were basically unusable. You had to have your feet on the floor and your abs crunched the whole time to stay at the workstation. And so we had some pretty hilarious customized workstations.

But everyone had washboard abs.

We were super fit, super fit. Um, another mistake… Do you have any memories as a member of like things that just went horribly awry?

I pride myself on noticing mistakes before everyone else and then fixing them before anyone notices what I’ve done.

Where would you like to see Cohere in five years?

If I could just dream really super huge and be crazy and not think about constraints like money, I would love for Cohere to own a plot of land somewhere on the outskirts of the city and be like a commune for work. So you’d go there to exercise and work, meet with your friends, do yoga and cook together and sort of be insulated from the outside world. Just for work—you don’t have to live there, but it would be cool to have sort of an everyday work retreat somewhere.

Have you read any books that had a particularly strong influence on your business philosophy?

There’s two that jump to the top of my mind, although I’m certain there are more. One was a book that member Lucinda turned me onto years ago called the Medici Effect, which basically says it’s better to have diverse people and backgrounds solving a problem than just the people who are supposedly experts in that problem. I feel like coworking spaces really capitalize on that. 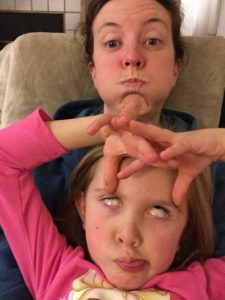 And then the second book is Small Giants: Companies That Choose to Be Great Instead of Big. It’s all about, the value of keeping your business small instead of growing for the sake of growth. I felt that book was super validating because whenever anybody sees this successful business, the first thing they want to know is when you’re going to expand. When are you going to open a second space? And I’ve dabbled in that and didn’t like those phases of my life because I was stretched too thin and I wasn’t enjoying the kind of work-life balance that I like to have.

Small Giants had case studies from different companies who have intentionally stayed small so that they can deliver a higher quality of service or a better product or better experience. They refused to grow.

“I feel like Cohere could easily fall into just being really fucking awesome at whatever size we’re at. We don’t need to prove anything and get bigger.”

What’s something really positive you took away from your experience with Bandwidth?

I also felt like being in charge of Bandwidth sort of allowed me to redeem myself as a manager. I used to be a manager and I wasn’t very good at it because I was so young and inexperienced and to have that opportunity again as like a mature, stable woman was completely fulfilling.

I felt like I was a really good manager. I accidentally got copied in a text between two of my staff about me and it was so great because one asked the other something and then the other replied, “I think we should just do it because I don’t think Angel likes it when we bug her about little stuff like this.”

And I was like, “This is so great! You know I just want you to make the decision and know you’ll do the right thing and I don’t need to know about it.” So that was really validating.

I asked Angel if there’s an artist or musician she’d like to give a shout out to and our favorite office fixture naturally came up: 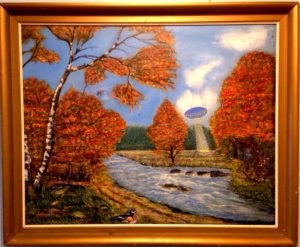 My first and last picnic in that particular meadow.

I like Louis Jacaruso, the artist that painted or UFO painting quite a bit. I found that at a thrift shop and tracked down the artist’s name and found his daughter because he’s since died. I wanted to find out if our UFO painting always had the UFO or if he took existing paintings and added UFOs. And I found out that this was absolutely his aesthetic, that he was very into aliens and painting nature scenes with UFOs in them.

It’s a strangely uplifting painting, and here’s a fun fact: It’s an original!

I got it for 30 bucks and I bought it from this lady and she’s like, “I’m so glad you’re buying those. I’ve been carrying it around to all these shows for years.”

And I’m like, “How did nobody want this most amazing painting ever?”

What’s something weird about you we don’t already know?

I have to write a lot for my other brand DIY Coworking, which is where I help people open coworking spaces. And when I write, I listen to the same song on repeat for weeks at a time, which most people think would drive them crazy. But my song right now that I’m listening to on repeat is “One Foot” by Walk the Moon.

I wrote all my papers for my last year of college to the Dixie Chicks CD, which is also weird. Like secretly I like country music.

Set up a tour or snag a free day pass to Cohere Coworking (You’ll be glad you did.)

John Garvey is a Cohere member, business journalist and marketing copywriter. You can see his work on his crappy beta website here. Stay posted for John’s GoFundMe campaign to buy a bottle of 30-year Macallan. I won’t let ya have any, but I’ll sure be grateful!