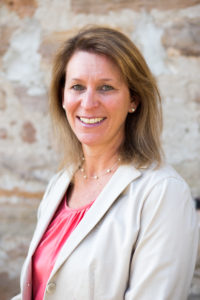 Lucinda does not launder money. I asked her directly. She’d probably be pretty good at it if she were less scrupulous, though. If that isn’t job security, what is?

Aside from being canny with business relationships and money, which relate to her full-time role, Lucinda may be best known in Fort Collins as the founder Uhambo. As a graduate of the first cohort of the Global Social and Sustainable Enterprises MBA (a gauntlet which I also completed eight years after her) Lucinda is something of a pioneer.

I’m personally enthusiastic about Uhambo, so we’ll start there.

“I founded Uhambo about eight years ago a couple of years after finishing GSSE. It was a direct result of our student teamwork and visiting South Africa. We were working in the disability sector with Shoana McDonald, the founder of a really well-known social entrepreneurial organization called Shonaquip. They essentially empower children with disabilities to reach their full potential.

I felt so compelled by their work that I wanted to do something to keep attached to their cause. That’s how I started Uhambo. We’re the U.S. nonprofit that supports the work of their organization. We’re essentially like a fundraising and resource development arm here in the U.S. So we can access grants and funding opportunities and partnerships in the US.” 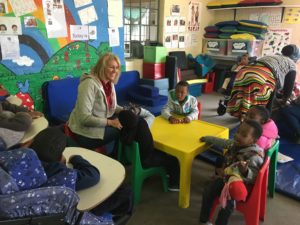 What are some of your other hats?

I’ve been self employed forever doing coaching. I’ve done some form of coaching since 1998, It’s typically been career coaching or business coaching. And through that I’ve done a lot of strategic planning and facilitation. I don’t do much of that anymore, so now I tend to refer out when I get those kinds of inquiries.

80 percent of my time goes towards a company based in Florida, but within that company I have three jobs, so I just wear a lot of hats. … It’s called the Center for Social Change, and actually we have three companies in Miami established by the same founders.

Two of them are in the banking business. They generate a shitload of money and then they’re very philanthropic with their profits. So there’s a family of three companies, two for profit, one nonprofit. I wear kind of a hat with each of the three. The nonprofit is the Center for Social Change, which is a coworking and event space in Miami for nonprofits. The two for-profits fund the Center, which has about 70 members.

We host a lot of events there. We are very unique because of our founders. So we have a wellness program and we offer meditation and Yoga classes and exercise classes free to members. It’s an incredibly unique space and organization. 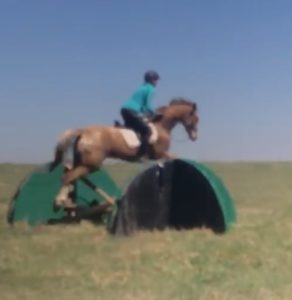 Jumping over stuff on a horse because it’s just one of those things you learn to do in GSSE.

On the for-profit side, I play more of a minor role in business development, which is why I can stay here because we develop relationships with community banks. That’s how we make our money. I run that community program here in Northern Colorado.

The core of our businesses is managing $2 billion. So we’re actually a money manager of institutional funds. We have a network of over 200 banks around the country where our money sits. We prefer to go to community banks because they care about their communities. And then we can turn around and donate a percentage of the interest we earn to local nonprofits.

That’s a lot of money to spread around! … thus the money laundering joke.

Is there a single aspect of Cohere that stands out to you as most meaningful or enjoyable thing about it?

Well, mine’s truly the convenience. It has enhanced our Fort Collins lifestyle of keeping things simple and manageable. We’re able to walk over and yet have separation from the home. So a lot of things I really appreciate and like about it.

Do you have a favorite walkable cafe or restaurant?

DGT, although I guess we’re not allowed to say “Damn Good Tacos” anymore. We’ll get totally fined for it or something. I love DGT and by the way, Ras Ka has opened back up. I’d be all about going back and doing Ras-Ka on a regular basis. And I don’t go there very often, but I really love the Gold Leaf.

Author’s note: I endorse the hell out of DGT. If you live in Fort Collins and haven’t been there, don’t even talk to me.

Interested in trying out Cohere and being surrounded by great people? Schedule a tour  and visit us!