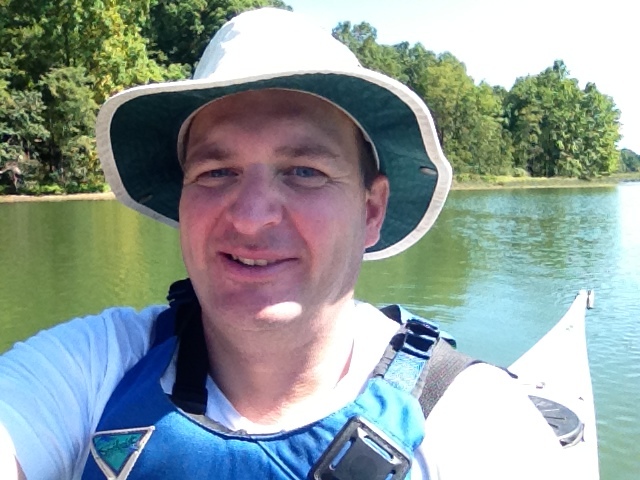 An Evergreen native, Mark recently moved back to Colorado after a stint in Corvallis, Oregon (where he got a Ph.D. in oceanography), Boston, and D.C. He came back to be near his family and to enjoy the Colorado lifestyle, which as you may have noticed, does not suck.

Mark’s science education app, EarthViewer, has been downloaded 2 ½ million times. It’s available for IOS, Android and as a web app. EarthViewer is free, it’s got a 4+ star rating in the App Store and it provides a mountain of information on the geological history of the earth. Want to know what Indonesia looked like a billion years ago? Try it out.

A Science Education Program Officer, Mark produces educational materials for science classrooms. Among other things, he designs apps and works on documentary films. With regard to documentaries, he’s basically the idea and content manager. When you’re working with scientists that sometimes means being a jargon filter. It also means fact-checking.

What’s your favorite documentary film that you’ve been involved in?

The Farthest. It’s about the grand tour of the Voyager spacecrafts. On that one, I was sort of a behind the scenes fact checker. I just think it’s an amazing film because the science in it is truly awe-inspiring and incredible when you think about it. The Voyager spacecraft is the only spacecraft that’s left the solar system, so it’s the furthest thing that humans have ever sent out there. This artifact out there will go for billions of years and eventually that will be all that’s left of humankind—a little spacecraft that was launched 40 years ago.

So telling that story was truly incredible.

Trailer: The Farthest: Voyager in Space

La Luz. I go for the burritos. I love burritos, and it’s odd that I would walk that far since there are like 40 restaurants along the way, but I do.

For coffee, I go for Mugs.

What’s a quirky talent that you have?

I can move my chin without the rest of my face. I used to be able to actually grab a pencil with it. I think that might be my only talent.

John: I can attest to this weird and highly-amusing gift. I’m sure you have other talents, Mark, but if that’s your only quirky talent than it’s good enough for me.)

What’s something we don’t know about you?

I was actually born in Australia and traveled around the world until I was 18 months old. I don’t remember any of it, but I have a deep sense of wanderlust now.

Mark’s dad was an exploration geologist whose work took them to Africa, New Guinea, Bali and elsewhere. I felt stupid for not knowing where Bali was until I looked it up and realized it’s smaller than the park I walk my kids to. Anyway, back to Mark …

Mark: Danish was my first language. I was bilingual from the start but mostly Danish was spoken in the home.

What makes Cohere special is the community, which is a bit cliché. I think we all say that. But a Coherian has to be a willing participant in that community. That’s what makes coming to work fun for me.

What’s your favorite thing about the physical space?

That’s tough. I’m gonna go with the overall structure. There’s not one big room. You have the main work area, you’ve got the kitchen, the living area, the small conference room, the large conference room—I’ve used all of them. I like all the different options, the variety, and I don’t have a favorite.

Let’s stay on the topic of favorites.

(I guess with a name like that it’s only natural to become a science fiction author.)

John Garvey is a Cohere member, business journalist and marketing copywriter. You can see his portfolio here.