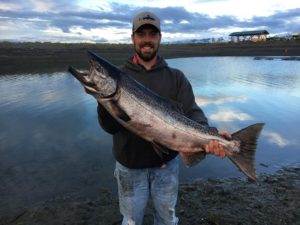 Drew came to Fort Collins a couple of months ago after living for three years in Alaska, an hour and a half from the nearest town. He was working in guest services at a camp & conference retreat center.

Among other things, Drew led glacier hiking excursions up there on what is probably the most accessible glacier in North America. (You still need crampons, though. Physics and all.)

“We lived right between two mountain ranges and three miles away from the Matanuska Glacier,” he says. “I’ve never seen a prettier place in the mountains. It was just gorgeous.” 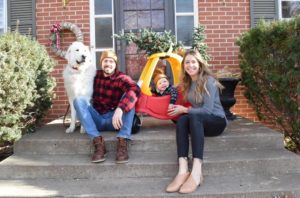 Now Drew is helping to start the fifth branch office of Weddle and Sons, a residential roofing company founded 20 years ago in Manhattan, KS. At the time, the founders (three brothers) were 13, 15 and 17-years-old.

Drew worked with the company on a crew through college and returns after spending the last decade or so doing mostly unrelated work.

“My work here entails getting our name out and letting people know we’re here,” he says, “so the market development side and also the sales side.”

He’s enthusiastic about the company.

“We like to be local wherever we work and get involved with the community. We’re very different than a lot of other companies in the roofing industry.”

What’s something that might surprise people about the roofing industry?

“I saw a stat one time that I think was pulled from inquiries on Angie’s list that roofers were rated right above used car salesmen and right below painters in terms of trustworthiness.”

Drew says he and Weddle are striving to stand in contrast with that, providing a higher level of service and better value.

“I think what would really surprise people is the over the top friendliness of everybody in our company,” he says. “Nobody in Fort Collins knows that, obviously, but in Manhattan it’s a household name. They have probably 75 percent of the market share there.

“It’s amazing how doing things the right way and being kind to people and genuinely caring about what you do that makes a big impact.”

How did you end up at Cohere?

“The owner of our company owns a coworking space in Manhattan so he was big on the idea. I hadn’t heard of coworking spaces before I talked to him about it. He had me tour his coworking space just to see what it was like and he said, ‘You should find one in Fort Collins.'”

“I love brewing beer. … My most recent beers were a French Saison and an imperial stout that I aged in oak chips that had been soaked in rum.” 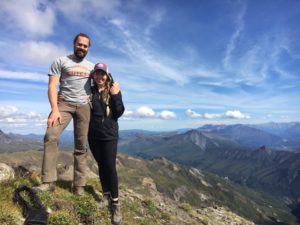 “I enjoy backcountry hunting too. I used to hunt maybe once a year in Kansas growing up. And then I moved to Alaska. People look at you like you’re an alien there if you don’t hunt. I got real into it there.”

“From where we lived, I could hop on my 4-wheeler and be in the mountains in minutes. I don’t do paid guided hunts or farmed hunts. I like the fair chase and getting way back into the mountains. It’s usually a suck fest until afterwards when you get back and then you realize it was pretty fun.”

Of Fort Collins’ breweries and restaurants, Drew says, “I haven’t been here long enough to have a favorite yet, but I really like Jessup Farm Barrel House.”

“I was jamming to Pearl Jam on the way here. I’m kind of in a weird 90’s grunge phase. I love the Avett Brothers, love Jason Isbel. They’re two of my all-time favorites.”

Drew recently read the Theodore Roosevelt Trilogy by Edmund Morris. As far as books go, he says dense, historical nonfiction is his jam.

John Garvey is a Cohere member, copywriter, storyteller and writing coach. Read his blog The Garvington Post for business communication and writing tips (and the occasional rant). His favorite book is East of Eden, by John Steinbeck.