Cohere was a tiny coworking space for many years before we became the VC-back multi-location titan that we are now in Fort Collins, Colorado (heavy sarcastic tone). Because of that we take special pride in sussing out the lesser-known tiny and rural coworking locations that you’ve probably never heard about in the New York Times, Entrepreneur or Fast Company publications. Today we’re going from NY to WA and stopping over in Colorado. The moral of the story: ALWAYS look for a coworking space even if you’re off the beaten path.

Why Cohere loves them: they started their community in a barn. 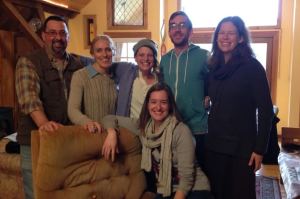 Tolt Hive is in the very beginning phases of building our community in Carnation, WA. Located in the heart of a beautiful agricultural valley about 25 miles east of Seattle, Carnation is a quaint town with a walkable neighborhood and numerous trails that lead to amazing views of the Cascades, rivers, and nearby farms just a short distance outside of town.

A small group of us began gathering twice per week in September of 2014 in a barn loft (no joke) in our little town of 2,000 people to test out the idea of coworking. I founded Tolt Hive in January of 2015 and have moved our gatherings to office space in the center of town. We are in the process of negotiating with the space owners to set up a more permanent arrangement at this location.

We currently get together on Mondays and Wednesdays between 8:30 a.m. and 5 p.m at the following address: 31957 E. Commercial Street, Carnation, WA, 98014. Readers can join our mailing list and get more info at www.tolthive.com.

Why Cohere loves them: a Cohere member was traveling through and couldn’t wait to come back and tell us that there’s a coworking community of “hippie rafters on the western slope!” 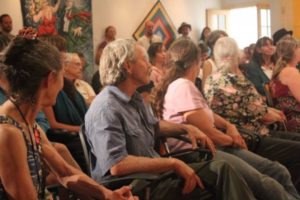 When The Hive was initially conceived in the spring of 2014, the plan was a far-reaching idealist concept with the intention of bringing the community together, attracting new and amazing people from far reaches, sharing resources and ideas, and collaborating on new ways to create a better future for our local community and the world. Because of overwhelming contributions from our members and the community, we’ve already succeeded , and at a reality-questioning speed!

Why Cohere loves them: their loquacious description below. 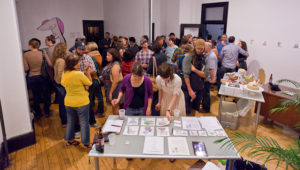 Beahive has been around since 2009.  Many of our Beacon members are émigrés from NYC. They’re the kind of savvy, ambitious creative class habitués you find in cities, but since they’ve escaped the city for a small Hudson Valley river town famous for both its world-class museum Dia:Beacon and Pete Seeger, and galleries and cafes nestled between a mountain and the river, they’re a touch older (average: 30s and 40s vs 20s and 30s) with an admixture of individualistic and communitarian tendencies.