Why Freelance Jobs Are More Secure Than Office Jobs 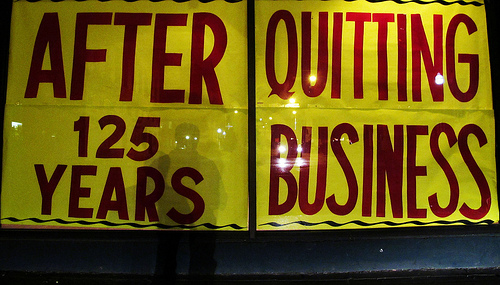 Lots of people think that freelancing is something you do when you can’t find a real job. Freelancers know, however, that there’s nothing more real than being the CEO, COO, and CFO of a small business all at once.

Some people say they could never live without the security of a traditional job. And I say, what’s so secure about it? What’s so great about living with the fear that an HR person you’ve never met will decide your job’s not necessary any more? Or knowing that an executive in Europe could decide that the U.S. branch isn’t as profitable as it should be, and close it down tomorrow?

Here are three reasons why a room-full of independent professionals bring more stability to the local economy than a moderately-sized corporation.

Saying that small businesses are more nimble than traditional companies is an understatement. In the time it takes three corporate committees to decide to begin to investigate a creative opportunity, the freelancer will decide, bring in other freelancers to collaborate, and take action to make it a reality. Freelancers are used to rolling with the punches. When business as usual stops working, they can try something completely new tomorrow, not next year.

Running a brick and mortar business is expensive. There are utility bills to pay, equipment to buy, and insurance to keep current. If profit margins fall low enough, these costly necessities can drive a company out of business in a matter of weeks. Freelancers on the other hand, have almost no overhead (especially if they cowork). Also, they can eat ramen noodles when the going gets tough.

Freelancers Can Do More Than One Thing At Once

Which has a better chance of surviving a down economy: a large company that does or makes one thing, or a sole proprieter that knows how to do five things? Freelancers are in it for themselves, which means they stay educated, are constantly expanding their networks, and work hard to acquire more skills that will make them competitive in their field. The days of depending on one skill or product to attract revenue are over. Companies are struggling to diversify, while the freelancer depends on diversity to stay in business.

Because of the reasons above (and many more) freelancers are both happy and stable in their work. They can’t get fired, or downsized or restructured. They don’t depend on the wisdom of invisible executives for their livelihood. They don’t worry about losing a big client because they know how find another one.

While the rest of the world gets into the unemployment line, freelancers keep paying the mortgage, shopping in local stores, feeding their kids, and paying taxes. They continue to contribute through both the bad times and the good, unlike a big company, which will probably move its business to Oklahoma City when the money runs out.

Why Are You Glad To Be  A Freelancer? Give thanks in a comment!